A & S CHAVELAS OE is a pie production company and has its headquarters in the region of Epirus nearby Zagoria, famous for its unique architecture and traditional pies.

In Zagoria began the foundation of the company.

Havelas family for many years maintained a traditional tavern in Zagorochoria situated in Monodendri. In that tavern Mom Amalia brewed and baked hundreds and perhaps thousands of trays with traditional pies and gave the children the idea to expand the business. Thus was created the Traditional Zagorisio fillo.

First launched by the company in a small workshop in distributing region of Epirus after the strong demand from consumers and the experience had now acquired, they created a new modern yeast plant. Combining technology and tradition. The company is now able to meet the requirements of Greek and foreign markets.

Committed to the goal, offering top quality products to consumers and manages to be always worthy of confidence. The Zagori products are made with high quality materials that are rigorously tested before the manufacturing process to ensure quality and safety of products.

In our company people working like a family team who loves the work and is committed to it, with only a concern of the achievement of corporate objectives. 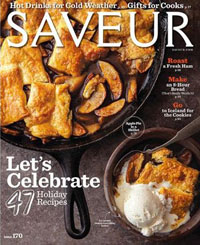 Our pie leaves tested by the American magazine SAVEUR in July 2010 and was distinguished among many entries.

Specifically, the magazine did real test among many Greek leaves for pies and Zagorisio fillo Havela became the best choice.

As characteristics of the article, Zagorisio fillo is the best!

You can see in detail the comparative magazine SAVEUR between many pie leaves by clicking here.